Hello. I traveled in Central Europe and Eastern Europe where I am so interested with writing article in Japanese for 3 months. But some people who do not understand  Japanese would like to read my article in English. Although my English level is not good, I decide to write it in English as essay style for them. If you are satisfied with it, I will be so glad. Today I pick up most mysterious country: Moldova.

Firstly Do you know where Moldova is located in Europe? I asked japanese guys same question in here. Nobody knows and they said Moldova? What? it is first time to hear the word”Moldova”. OK, I explain about Moldova for them. Moldova is so small country which is located between Romania and Ukraine. Moldova was independent from USSR in 1991. Population is 2,913,281(around 80% is Moldavian who is as same as Romanian,8% is Ukraine 6% is Russian). Official language is Romanian but Russian is also so important language due to USSR. 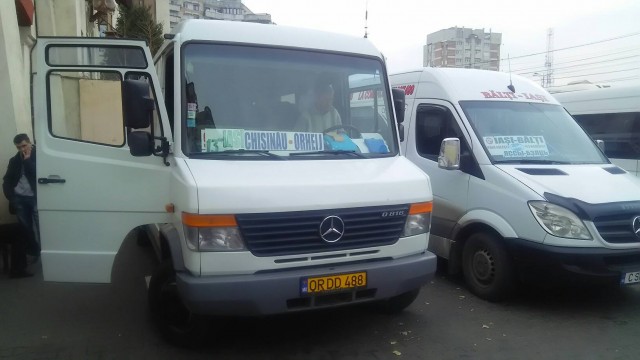 Mini bus from Romania to Moldova

Official language is Romanian but conversation is Russian

I got on the mini bus for Chisinau (Moldavian capital) from middle class Romanian city Yashi. Every Romanian and Moldavian talked each other in Romanian in bus. I wondered if Moldavian speak  Russian language, because I have been studying Russian language in Japan by myself, so understand Russian a little. But Romanian is not Slavic language but Latin language. So I do not understand Romanian completely.The bus went beyond borderline between Romania and Moldova. Nobody talked in Russian, only Romanian. I noticed scenery and atmosphere was a bit different from Romania. That means I felt like oppressing by many sovietic buildings which is located along main street. Anyway I arrived in  Chisinau Central bus terminal, it took around 3 hour 30 min from Yashi. 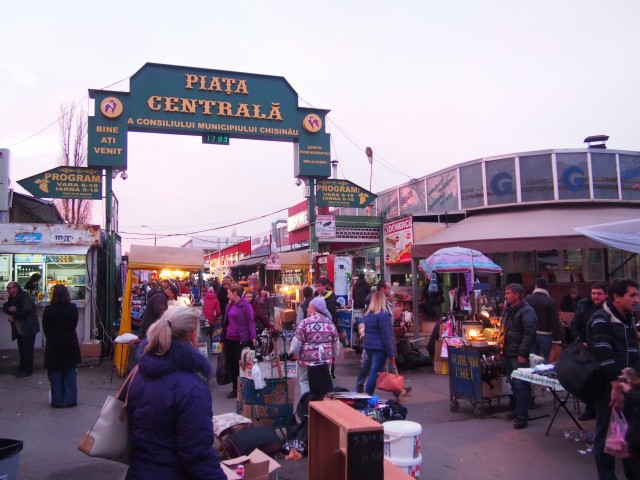 Although I checked out map in guide book, I did not understand how to go to Hostel which I took reservation in Romania. Anyway I tried to ask the driver in Russian who spoke only Romanian in bus. He answered in Russian fluently” Go straight!”. I was so surprised he answered in Russian fluently. I walked along main street and listen to conversation to solve my question: Which language Moldavian speak in normal life?. The result was around 70 % population  was Russian and around 30 % was Romanian. The result was so strange for me! I know Moldavian have been proud of own language since independent; title of Moldavian National Anthem is “my language. In center of  Chisinau there is so long name street” 1989  August 31st street”  to celebrate change letter from Cyrillic to Latin. It remains my big question in this trip: Why Moldavian continue to speak Russian language?