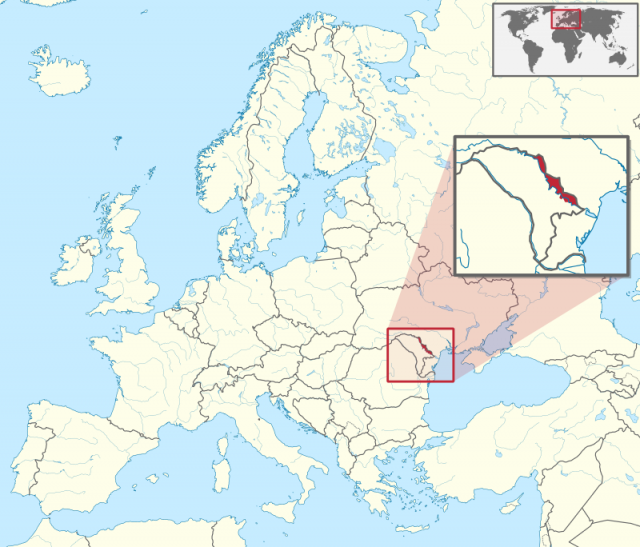 Travel in Transdniester and capital Tiraspol.

So I decided to go to Tiraspol which is capital of Transdniester before visiting Moldova. Firstly I got on the mini bus for  Tiraspol from Chisinau central bus terminal. I arrived in “borderline between republic of Moldova and  Transdniester. Of course I was not taken passport control by Moldavian police. Because Moldova do not admit Transdniester as independent country. After going beyond borderline I had to get off the bus to take passport control by Transdniester police. He said do you speak Russian in Russian language. I said da(YES)! . So he asked me  where do you go and why do you visit   Transdniester? in fluent Russian. Of course I answered in Russian. So he gave me mini paper which is so important document in visiting  Transdniester. Don’t lost! 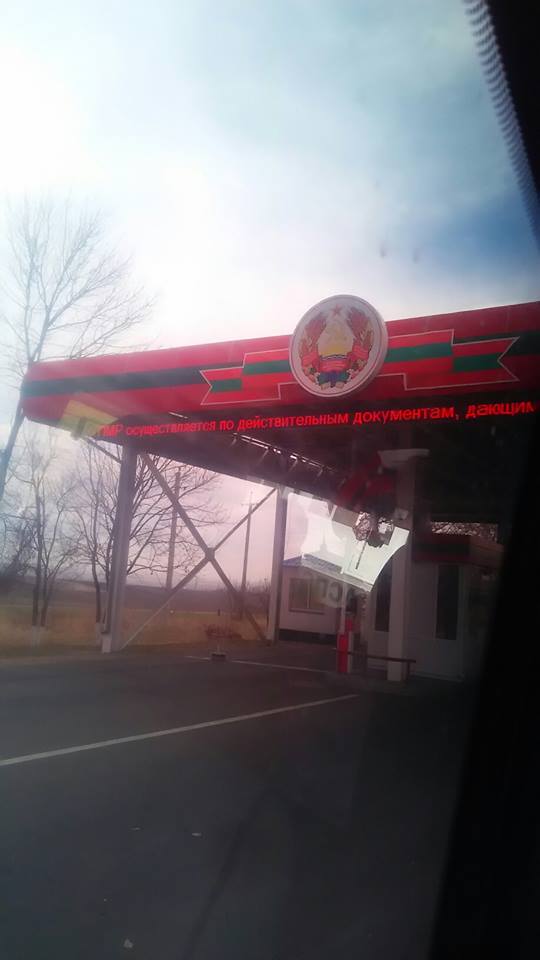 I got off the bus in front of  Tiraspol train station. I must say that there are not any information center and maps in Transdniester! I guess Transdniester government which do not know google earth see map as secret and important information like USSR. So If you decide to visit there, you must download map from google earth or use offline map. 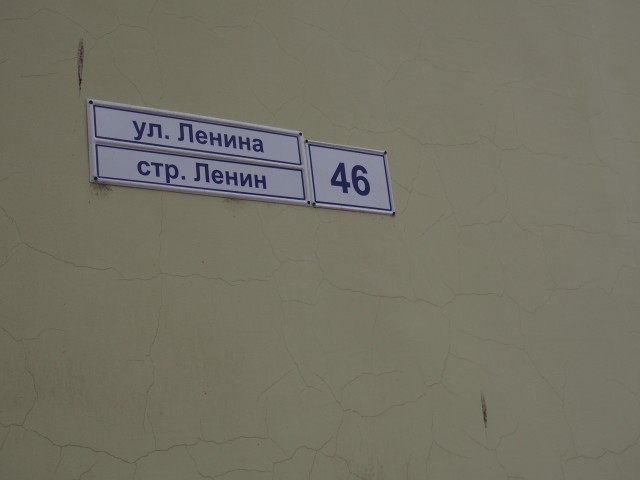 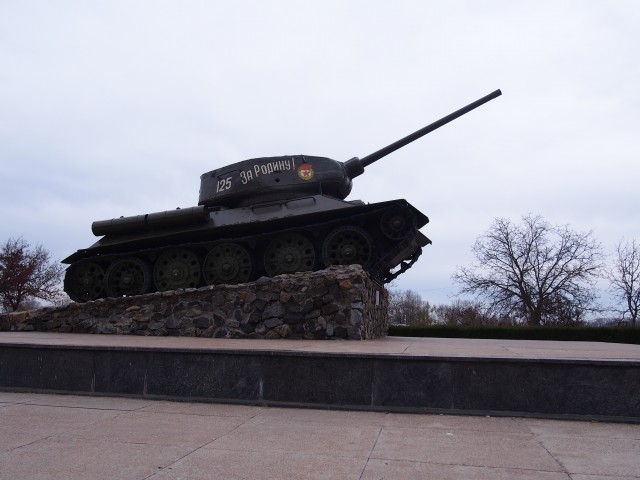 I walked along main street. There were no advertisement which you can see in capitalism country. Instead there were some huge political propaganda” live with republic for 25 years!” For me such a sovietic propaganda poster is so funny. If someone exchange people and poser with North Korean people and poster, that will be Pyongyang! Huge building and Huge street! 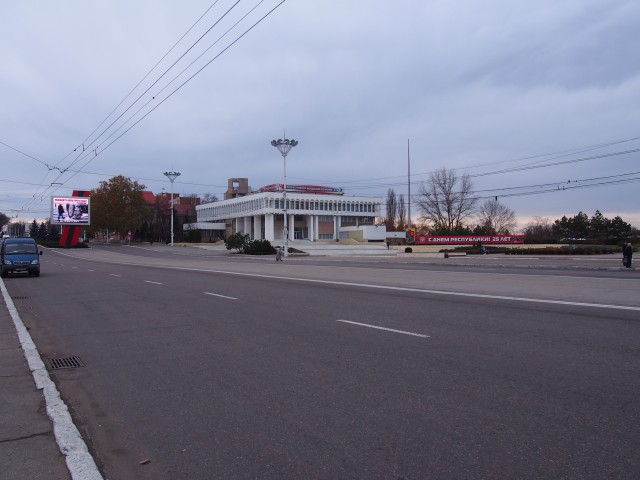 I visited historical museum where it is located in front of statue Lenin. I found flag and emblem of Transdniester. I said to staff” Oh the emblem is like USSR in Russian. She said ” NO! that is NOW  so angrily. I just said Yes.Also I found very interesting flag which consists of flag of Transdniester and Russian flag and is written” WITH RUSSIA! I understand Russian government support Transdniester to leave influence against Moldova. I asked staff: I heard people in Transdniester agree that this country become one republic country in Russian. That is true? She said YES! of course! Here is not Moldova but Russian!. 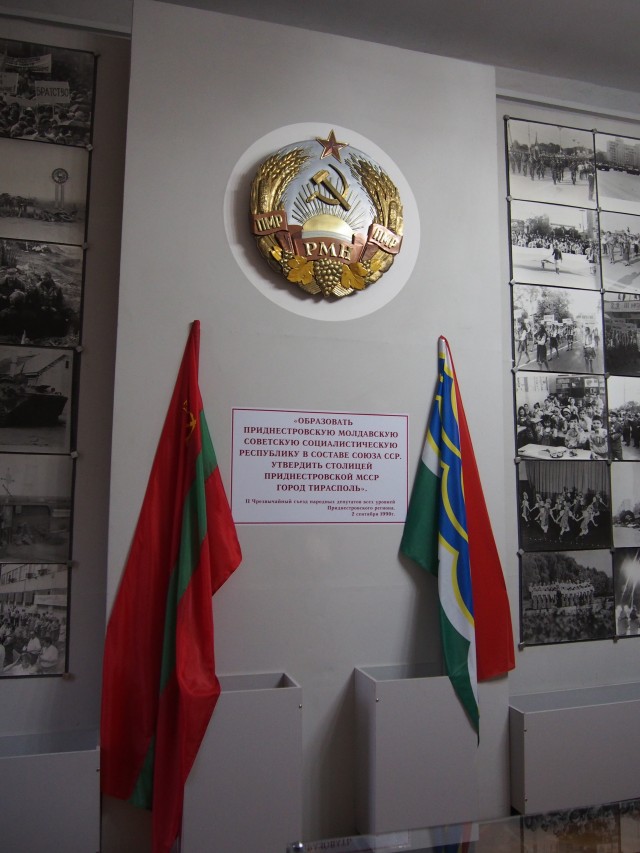